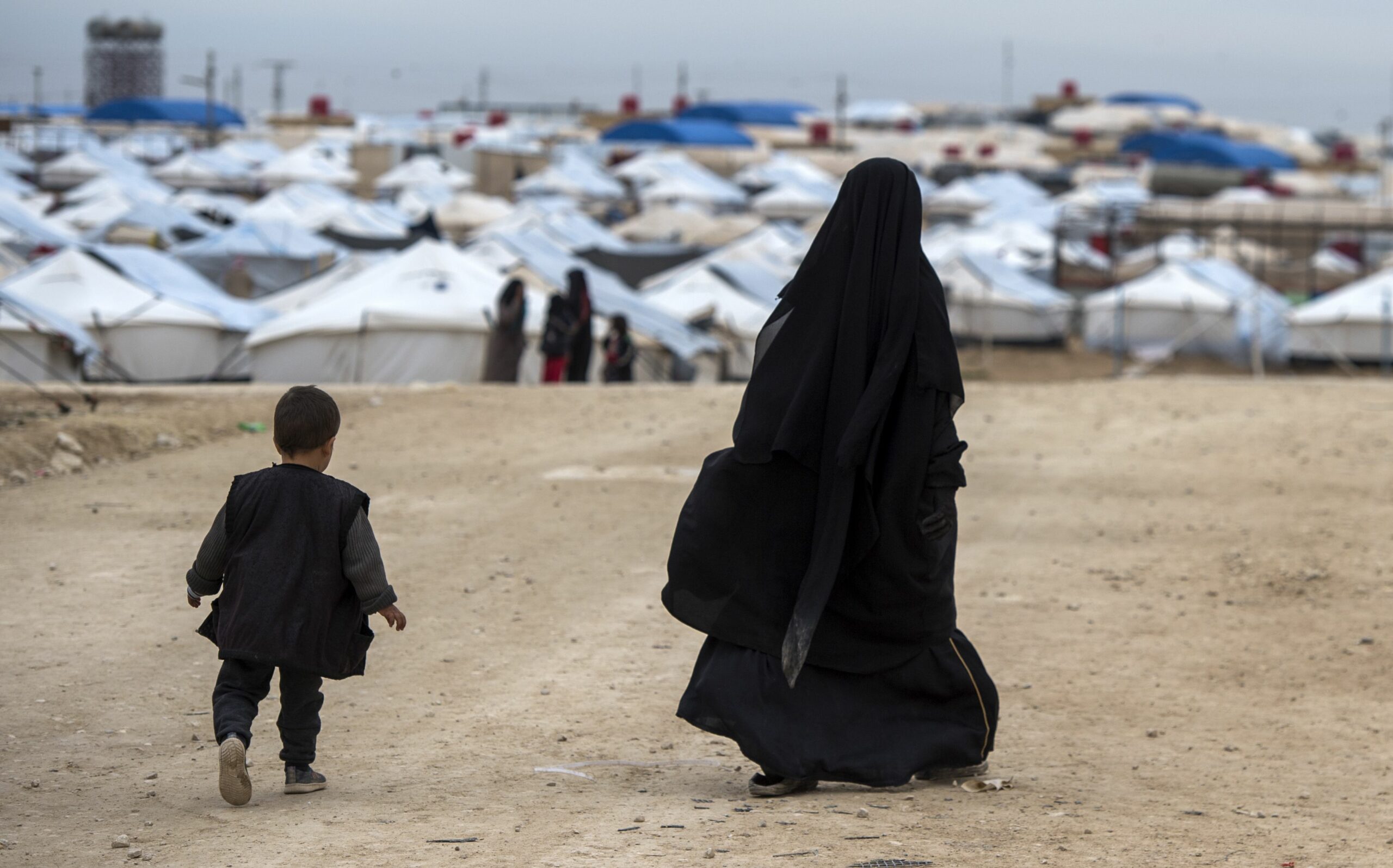 Inquiry
APPG on Trafficked Britons in Syria -
6:59 AM

The consequences of the UK government’s failure to prevent trafficking of British women and girls by the Islamic State of Iraq and Syria (ISIS) are laid bare in a new parliamentary report published today.

Following a six-month inquiry, the All-Party Parliamentary Group (APPG) on Trafficked Britons in Syria finds that:

The APPG concludes that the UK Government must take urgent steps to repatriate all British men, women, and children detained in NES and to end the use of discriminatory citizenship stripping powers. A full list of findings and recommendations, plus the complete report, can be downloaded at the APPG’s website.

In the course of its inquiry, the APPG received evidence from:

“It is vital that we learn from the failure of UK public bodies to prevent ISIS from trafficking British women and girls. But rather than seek to understand how things went so badly wrong, the Government is doubling down on these failed policies by stripping potential trafficking victims of citizenship. A complete change of course is needed, beginning with the repatriation of all British families detained in North-East Syria.”

“The Government’s approach to British nationals detained in Syria is morally reprehensible, legally dubious and utterly negligent from a security perspective. It is also unsustainable, as a recent ISIS attack on a Kurdish detention facility has shown. The US has told us to bring British families home and our European allies have shown us how. Any ministers still clinging to the current failed policy would do well to read this report, which sets out the potentially catastrophic consequences of continued inaction.”

“One of my constituents has been stuck in terrifying conditions in Syria for many years, with her extremely vulnerable children. I believe she is a victim of trafficking and of repeated, brutal abuse, some of it here in the UK. This report highlights the many severe flaws in the Government policies that are trapping my constituent in danger. Our institutions failed to protect my constituent from trafficking, and the Government is failing her, and her children, still.”

“Families reeling from the disappearance of daughters and sisters victimised by Daesh have been treated like criminals and then ignored. The Government has used its powers to deprive citizenship almost exclusively against Muslims, and is now seeking to extend these draconian powers, signalling to Britons from minority communities that their rights can easily be taken away. To break this damaging cycle of alienation, we urgently need to listen to victims and their families – and the only way to do that is to bring British citizens home.”

1. Research by the human rights organisation Reprieve suggests at least 63% of the British women currently detained in NES camps were trafficked. At least 44% were coerced by a male partner or relative. Of British detainees not born there, almost half were children at the time of travel to Syria, and are therefore likely victims of trafficking.

2. Multiple experts told the inquiry that ISIS’ trafficking of vulnerable British women and girls was made possible by systematic failures at institutions tasked with protecting them. UK public authorities failed to identify at-risk individuals, failed to notify the families of women and girls being groomed, and failed to prevent them leaving the country despite red flags suggesting trafficking. For more detail see pages 15-21.

3. The UK Government has apparently made no effort to establish whether British women and children in NES detention were victims of trafficking. Instead, it is implementing a policy of blanket citizenship-stripping on the grounds that women “travelled to Syria of their own volition” – when in fact many of the women were groomed, coerced or deceived into travelling. For more detail see pages 21-23.

4. Camps Roj and al Hol in NES hold around 60,000 people, including 40,000 children. Although they are called ‘camps’ they are in fact facilities to keep women and children in indefinite detention. They are violent, unsafe, unsanitary places. From January to mid-August 2021, 163 people died in al Hol, 62 of them children. 79 of the 163 were murdered. In winter, freezing temperatures require detainees to use unsafe gas and oil heating devices inside their tents. 13 children were killed in fires from January to September 2021 in al Hol. For more detail see pages 13-14 and 34-35.

5. Ministers have stated that the UK cannot repatriate its nationals from NES as it would be unsafe to do so. However, according to the UN Syria Commission of Inquiry, from September 2020 – June 2021 at least 322 children and 56 women were repatriated to 13 different home countries.

The Autonomous Administration of North and East Syria (AANES), which administrates the camps, told the inquiry that it is “ready to provide unconditional assistance and cooperation with the UK to hand over its citizens” if it receives an official request.

Jussi Tanner, Ambassador and Special Envoy of the Finnish Ministry of Foreign Affairs, told the inquiry: “To put it very bluntly, the British government would have no issues whatsoever in moving around in NES.” For more detail see pages 26-30.

6. The UK’s refusal to repatriate its nationals is causing consternation among our allies, particularly the US. In July 2019, US representatives told BBC News they were “extraordinarily frustrated with Britain’s failure” to take back its detainees.

The current US Coordinator for Counterterrorism and Special Envoy for the Defeat ISIS Coalition, John Godfrey, told the APPG that the “revocation of individuals’ citizenship defers the problem and puts the burden on local partners and the international community, which has neither the mandate nor the tools needed to successfully resolve such cases,” adding that “the US Government urges countries of origin to repatriate, reintegrate and, where appropriate, prosecute and incarcerate foreign fighters and their family members.”

Former MI6 counter-terrorism director Richard Barrett noted that “trust of the UK’s suitability as a security partner has been eroded considerably due to lacklustre policy,” adding that “American leaders have been bemused and infuriated with the UK’s intractability”. For more detail see pages 22-23 and 29.

7. Several submissions to the APPG warned that the risk the detention camps in NES will collapse is real and growing. The AANES described the camps as “a ticking time bomb that could explode at any time” and “out of control” of Kurdish forces. In January 2022, ISIS launched a sophisticated attack on a prison in Hasakeh, which held some 850 boys in addition to adult men. For more detail see pages 26-27.

8. Former Director of Public Prosecutions Lord Ken MacDonald told the inquiry that “hundreds and hundreds of terrorist prosecutions” have passed successfully through British courts in recent years and noted that “we have some of the most elaborate, extensive counter-terrorism legislation in the fair trial world… were a serious attempt to be made by the British authorities to assemble a case against [British nationals currently detained in NES] it would be possible to do so.” The US has repatriated 12 adults and 17 children from NES. Of the adults, 10 have been charged with federal crimes related to support for ISIS. For more detail see pages 31-33.

9. Several submissions highlighted how the policy of citizenship deprivation has been discriminatory. Research by the Institute of Race Relations indicates that these powers have been used almost exclusively against Muslims, mainly of South Asian, Middle-Eastern, and African heritage. The result, as they describe it, has been to convey the message that British Muslims are not “real, full British citizens”. As many as two in five UK nationals of ethnic minority background may be subject to deprivation of citizenship. For more detail see pages 23-25.

10. In testimony to the inquiry, multiple families of women trafficked by ISIS said they were treated like criminals by police, and received little to no support from other public bodies in their efforts to provide evidence of trafficking and challenge citizenship-stripping of their loved ones.

The impact of this treatment extends far beyond the immediate emotional toll. Several family members reported that their sense of belonging in the UK and belief in Britain as a country that respects the rule of law had been shaken. One told the APPG: “Normally, it is western governments that talk about human rights and trafficking. However, when it is my family who have been abused and trafficked, they have decided not even to investigate their cases. They are considered guilty just for being in Syria.” A family member of a young girl who travelled to Syria as a child asked of the Government: “How could you wash your hands of her when you had every opportunity to stop her from going?” For more detail see pages 38-40.